Making it in LA 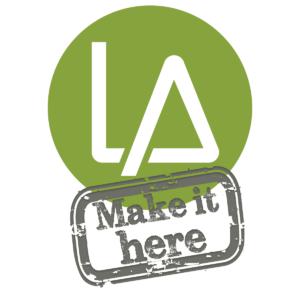 “Make it, make things, make products, make your life here, make your dreams come true here,” explained Beckie Conrad the Executive Director of the Lewiston Auburn Metropolitan Chamber of Commerce on the first episode of the #ProvenProfitable Podcast, Season 2 kickoff interview. Beckie came on the podcast hosted by Justin Starbird & Matty Boutwell to discuss the possibilities of building a business and building a life in the Lewiston Auburn region that inspired the promotional campaign that the Chamber recently launched.

The LA Metro Chamber is playing an essential role in growing the Maine economy. Today more than ever, Beckie and her team are heavily focused on establishing a regional image for the second largest economy in Maine. The recently launched campaign to promote the region, called “Make it Here,” is centered on the manufacturing history, but includes the arts, tourism, and the unique history of the area and pride that accompanies each facet.

At the upcoming Maine Business Expo, the Lewiston Auburn Metropolitan Chamber of Commerce is serving as a Dirigo Partner for the event.  The Maine Business Expo is taking place at the Holiday Inn by the Bay in Portland on November 14thand the Chamber’s Beckie Conrad will be attending the event to showcase the region’s thriving business community.

The Chamber’s goal is to promote a positive image of the area and simultaneously develop the workforce, as the two should work hand in hand. A positive image will draw educated workers and in turn enhance the workforce. It includes supporting young folks who want to pursue trades, as well as those looking to utilize their PhDs.

Building a qualified workforce is a challenge and continuous objective for almost any community. The LA Metro Chamber is looking to proactively solve the dilemma through integrated marketing plans, educational system support, and local business collaboration. By first focusing on the youth in the area, the Chamber hopes to develop skilled individuals who become part of the community, acquire purposeful jobs, and start families. Ideally, the community members are supporting non-profits, attending sporting events, and utilizing local educational systems for their children to keep the cycle moving in a positive direction.

As recent graduates think about where to start their first job, the Lewiston and Auburn region needs to be a consideration to make the area thrive. In order to make this happen, the Chamber is partnering with educational institutions, including five very busy colleges where students have already chosen the community for continued education. Once their education has been completed, it is imperative that the region have both options to begin a career and the appeal to start a family when graduates accept their first job.

Recently, the LA Metro Chamber partnered with WGME to showcase their image campaign.  In working to attract advertisers to be part of the campaign, they hope to layer in a lot of the work they’re doing, spread it across the community, and tie it into the “Make it Here” campaign. By making it in the LA Metro area, individuals and their families can make memories here and make their lives here.

One great example of how individuals play a prominent role in the LA community and show just how possible it is to make it, is Dianna Pozdniakov. Dianna owns Sofia Fima and relocated to Lewiston from New York. She has renovated a building on Lisbon Street and opened her design studio for high-end pocketbooks here. Diana is a chamber member and her story is important to share. She’s really utilized the Chamber’s resources and assisted in the LA area’s economic growth.

“Diana is making it in the LA area and wants her customers to come here and make it here too,” added Conrad.

At the Maine Business Expo, one of the topics is going to specifically be about workforce and business development. At this event, Chambers will come together and form a statewide dialogue around key issues impacting the economy at the moment.  Through the gathering, the LA Metro Chamber hopes to reinforce the idea that they are a statewide resource that will do great work with other organizations. They also hope to portray themselves as a leader in Maine’s future, playing into the Dirigo meaning of “I lead.”

“It’s great to have the opportunity to pull these people together, have a conversation about things that need to get done, showcase the people that have done it, and apply those templates and roadmaps to different communities,” said Justin Starbird.

With fall quickly approaching, the community is breathing in the fresh, crisp air, as they look to make action plans and start fresh. The Lewiston Auburn Metropolitan Chamber of Commerce’s strategic planning process is underway, programs are launching, and the structure is changing to focus on executing projects.